The fast-food industry is grappling with a Catch-22: Quick service restaurant companies desperately want to grow their customer base in South Florida, but they’ve all but run out of space for new locations because of how well the sector has fared during the Covid-19 pandemic.

Boca Raton-based Miami Grill faced this dilemma early on in the pandemic.

The company in April 2020 announced a new express model featuring an extra drive-thru lane and curbside pickup areas. Robert Haar, VP of franchise development at the chain, said the target was to open the first restaurants with that model by year’s end, but Miami Grill wasn’t able to realize that goal.

“The real estate market is a little tighter than we anticipated here in South Florida,” Haar said. “It’s tight, and it’s also on the high end of the price zone.”

It’s been difficult to find outparcel land in shopping centers where Miami Grill locations can be built, he said. The company was finally able to sign ground leases for express model locations in the second half of 2020, and those will open in the coming months.

This problem extends to practically every QSR chain looking to enter or expand in the South Florida market.

David Emihovich, a broker at Katz & Associates, is the lead agent for Chick-fil-A’s expansion efforts in the tri-county region. The tight supply of land for fast-food restaurants with plenty of drive-thru lanes has forced the company to open more non-traditional restaurants here.

For example, Emihovich said the chain opened an Aventura location within a vacant Boston Market in Aventura in August. Boston Markets don’t typically have drive-thrus, while Chick-fil-A locations typically do. They recently opened Chick-fil-A within the MiamiCentral Brightline station in Miami, also without a drive-thru.

Many fast-food concepts are having to explore other options due to the fact that there haven’t been any mass closures of QSR eateries anywhere in the U.S., which means there isn’t second-generation buildings for these concepts to move into, he said. Consumer demand for restaurants with drive-thrus has been through the roof as residents seek food options with limited interactions with employees, plus most fast-food concepts now have extensive curbside pickup options.

According to the National Restaurant Association, 750,000 jobs have been added by QSR and fast-casual restaurants nationwide between April and Jan. 1.

“In general, the market is on fire with everybody flocking to Florida,” Emihovich said, referring to the recent influx of those from the Northeast moving into the state.

“If you have a site that accommodates drive-thru, it’s a landlord’s market right now,” he said.

The chain is targeting vacant lots at the moment, he said. Not only does that allow the company to perform ground-up builds to craft the restaurant to their liking, but it also makes scouting potential locations easier by skipping the process of sending a representative to view the lot personally.

“Google Earth is one of my favorite things in the world,” Winkler said. “It’s made my life a lot easier.”

A site scouting trip pre-Covid would have involved representatives from the company and JLL coming together and driving around South Florida four hours, potentially days. With a vacant lot, the only thing that matters is which retailers are nearby and the demographics of the area’s residents.

Haar of Miami Grill concurred that nearby retail tenants remain a focus for the chain as it considers where new locations will be built. He said Miami Grill continues to seek shopping centers anchored by big box tenants like grocery or hardware stores.

Those businesses have seen a rise in online sales and curbside orders, which could be a potential business opportunity for QSR chains.

Haar said he’s made inroads with some landlords about potentially building Miami Grills on the site of current parking lots for these big box stores. With fewer in-person shoppers, there’s less of a need for expansive parking lots, so he said they can afford to allocate half-an-acre to an acre of land for an outparcel tenant like Miami Grill.

“That’s what we see as the next phase of development and expansion,” he said. 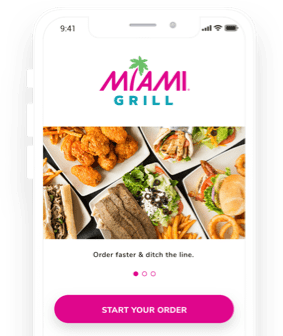 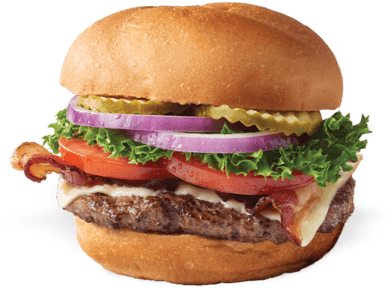